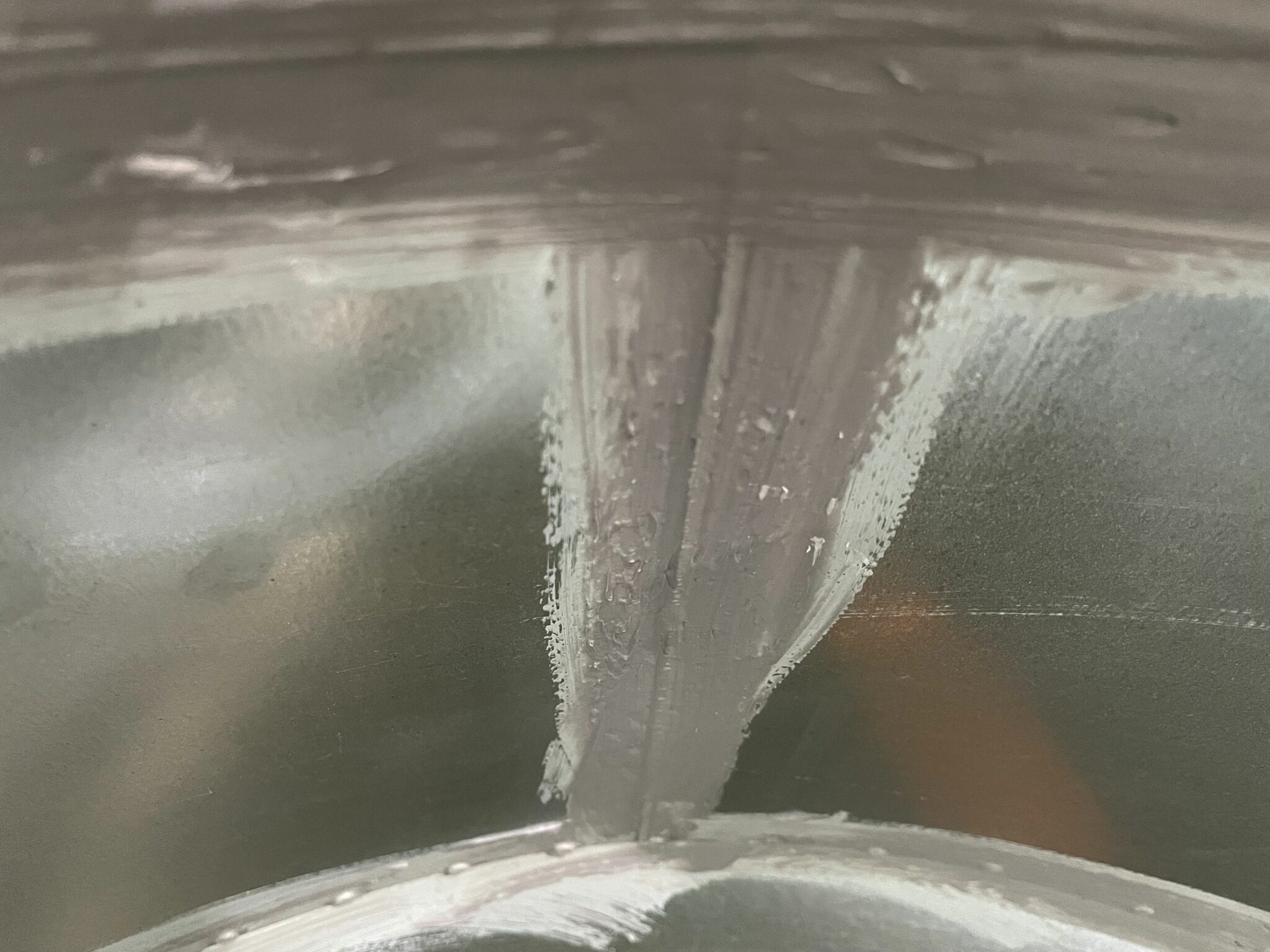 Efficient, no-leak air duct sealer recommendations and everything you need to know about sealing your HVAC ductwork! 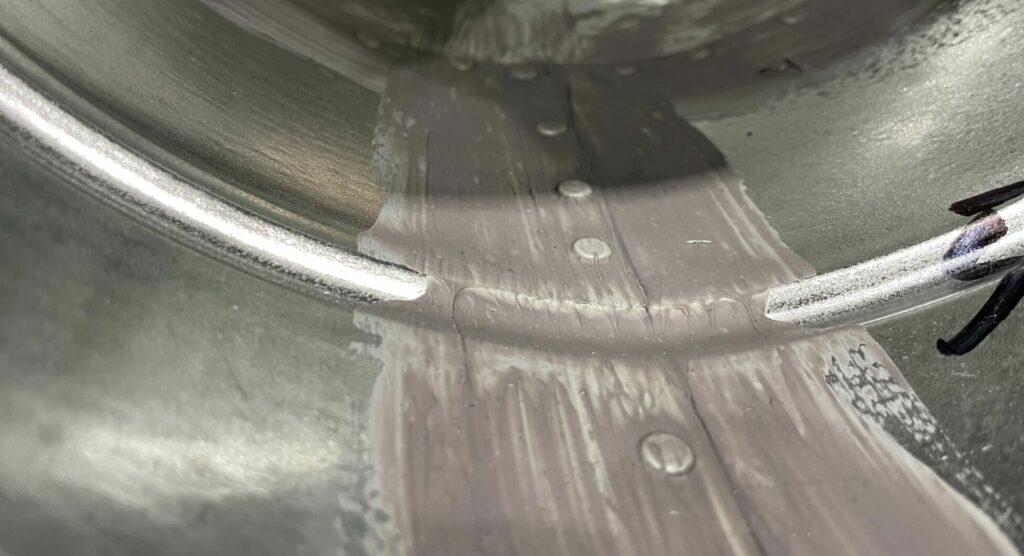 HAVE YOU HEARD OF “POOKIE”

First of all, if you have been in the HVAC trade more than a week you will have likely heard the term “pookie,” it just means duct sealant. That’s all!

Although duct tape is the traditional go-to sealant, it has been far supplanted by MTS 100 or DP 1010 (both water base) – just imagine a brush on duct tape. But, if you need an oil based sealant for cold, harsh weather conditions then look no further than 44-52 Eco Duct Seal Low VOC (just call it MEI). 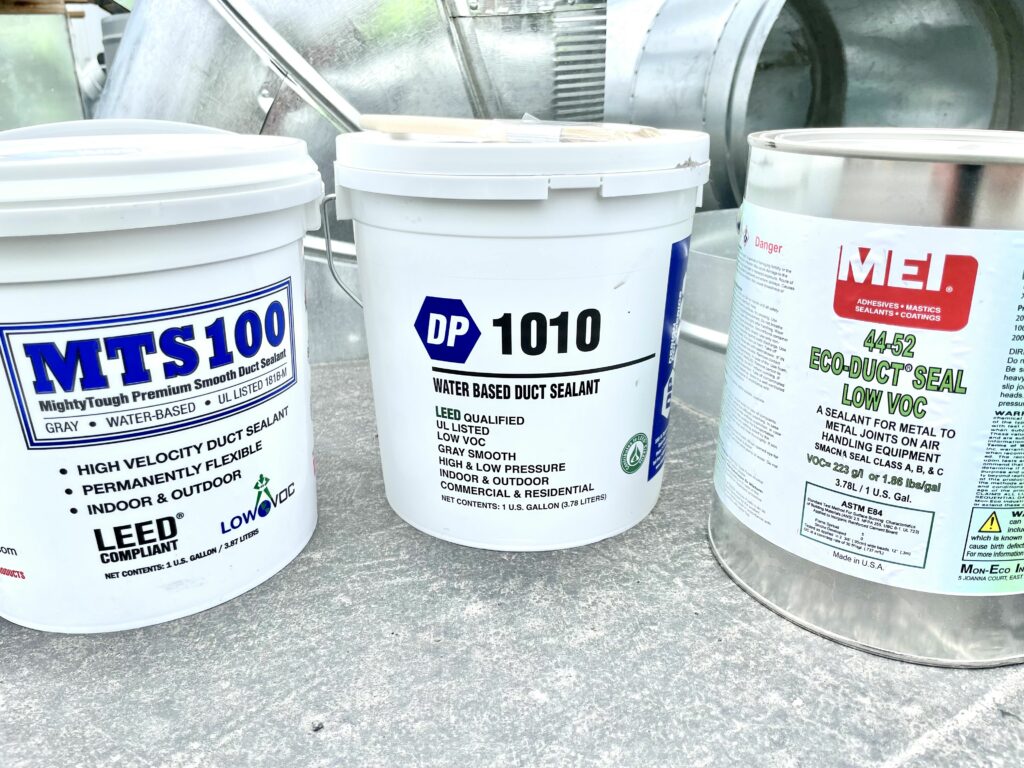 Sealing duct systems is required to get the correct pressure and volume of air moving through a system. There are typically three seal classes most often referred to as A, B, C; see chart below: 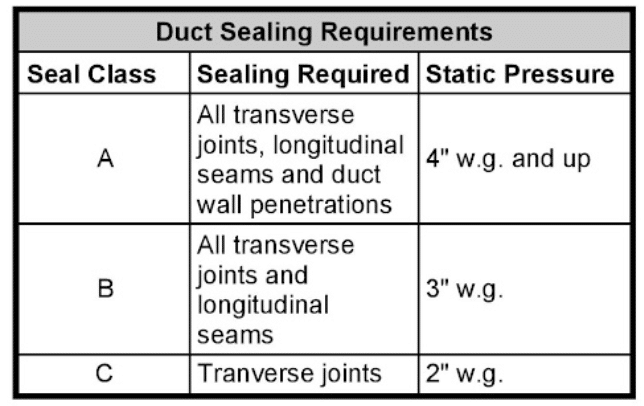 THE SCIENCE BEHIND SEALANT

Air is similar to water, in that it flows from one area to another because of a difference in pressure.

A water system in a house is usually under a pressure of about 30 psi (pounds per square inch). When a faucet on the water line is opened, the line pressure at the open faucet decreases to zero. Now imagine if there was a pinhole leak in the system, it would drop the overall pressure in the system and reduce the flow.

HOW TO SEAL DUCTWORK

If you must ask this question, you probably shouldn’t be installing the ductwork. Get a professional. In general, spread the sealant on the ductwork with ~2” brush and ensure there are no gaps, holes, or seams that air could get through.

Pro Tips: use MEI on exposed ductwork as it seems to leave a smooth finish as long as you only apply it once and don’t keep stirring it around. Also, use DP1010 on high pressure as the MEI will never seal, it only creates bubbles.

Since MTS 100 and DP1010 are both water base, they free as water would (~32°F). MEI, however, has a much lower freezing temperature. We typically put a halogen light (or small space heater) inside the gang box with our glue during winter months to keep it from freezing.

How to Hang HVAC Ducts